Inside protesters' camp at Asok

Living close to Asok junction, I have been witnessing the Bangkok Shutdown since its beginning, with many friends abroad asking me “how it is”. To share my daily experience of the protests, its blocked streets, street stalls and many concerts, I have visited three protest sites on Sunday, 9 February: Asok junction, Siam Square and Silom, and captured the best scenes in a video.

The three protest sites I have covered are happy and peaceful, and often remind the visitor more of a fair or music festival than a political demonstration. This may be different in the conflict’s epicenter in the old town, where I have not been yet. I also wish to note that my intention is not to support the protesters, but to document what is currently happening on the streets of Bangkok.

To the contrary, I am quite critical of the protesters, whose intention is undemocratic and inconsistent with their leader’s own behaviour in the past. The legitimate demand to reform a somewhat clan-run government seems to have resulted in an attempt to have a fresh start, no matter what, even if it is undemocratic and does not follow a clear plan – somewhat reminiscent of the Arab Spring. Despite the happy mood, the cheerful dancing and the seemingly honourable demands, one should not forget to judge the Shutdown from a rational point of view. 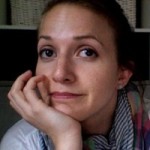